Having picked up clarinet and saxophone at an early age, James pursued jazz studies at Capilano University. During his time at Cap, he had the opportunity to study privately with some of the top jazz saxophonists in Vancouver (including Mike Allen, Chad Makela, and Steve Kaldestad). While focusing his time on the tenor and alto saxophones, James also played baritone saxophone in the Capilano University A Band under the direction of Brad Turner, and had the opportunity to perform alongside internationally renowned jazz artists such as Claudio Roditi, Jason Marsalis, and Karrin Allyson.

James' love of music was never limited to jazz. He founded the rock band No Island in 2009 with four fellow musicians from Capilano.  No Island has toured all across Canada in the years since, and released their first full-length studio album Better Days in 2015.

Also active in Vancouver's ska scene, James joined local legends Los Furios in 2011. Having toured western Canada and Mexico with the band, James is also featured on two albums and three singles from the Furios.

James also plays as a member of the jazz-fusion big band Space Elevator. When not performing with any of his regular bands, James can often be found as a freelance musician with various singer-songwriters, bands, and DJs, as well as a solo musician for weddings and other special events.

James graduated from Capilano University in 2012 with a B.Mus in Jazz Studies (Education Stream). He has worked for many years as a private music instructor teaching saxophone, clarinet, flute, piano, composition, theory, and more while helping both children and adults develop skills and discover joy through music.

In 2017 he graduated with his B.Ed from UBC and his Orff level 1 teaching certification in 2018. James also earned a Master of Educational Technology degree from UBC in 2022. Currently, James works in the Burnaby School District as a music teacher and balances his time outside of that as a private music instructor, clinician, and freelance musician. 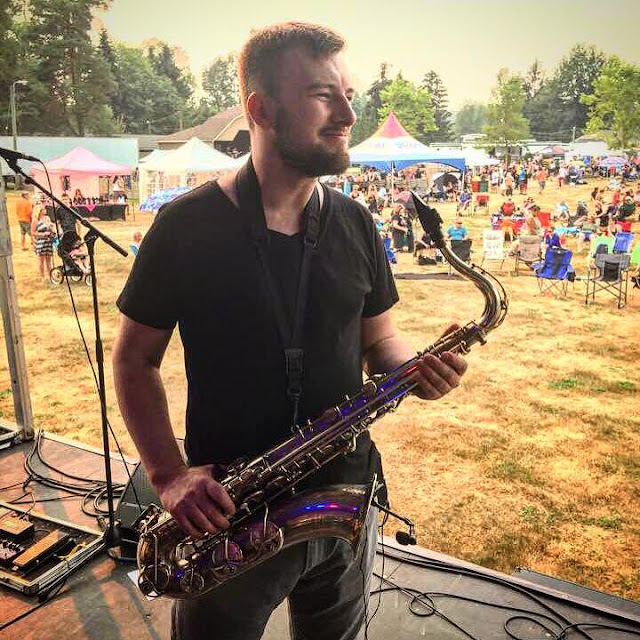 Email ThisBlogThis!Share to TwitterShare to FacebookShare to Pinterest
Home
Subscribe to: Posts (Atom)
James Martin is a musician based in Vancouver, BC who offers:
+ Live performances with various bands (jazz, rock, etc)
+ Recording
+ Private lessons & clinics for saxophone, clarinet, and more
+ Composition & songwriting
+ Music theory
+ Everything in between
Please feel free to reach me through the contact page.